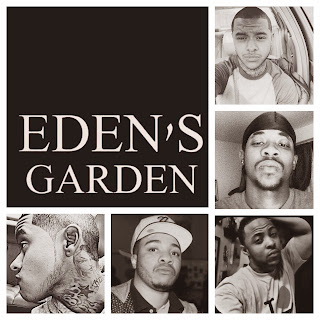 These issues can be devastating to transgender or gender-nonconforming people. Suicide attempts among these groups are nearly nine times the national average.

Viewers will learn the difference between personal self-identity vs sexual orientation (preference). Transgender men or trans-men, as it may shorten to, are people who were assigned female at birth but identify and live as a man.“Eden's Garden” will explore gender identity which is the internal sense of being male, female, or something else. Since gender identity is internal, one’s gender identity is not necessarily visible to others.

Some transgender people may transition, or change, from the gender they were given at birth in order to express their chosen gender.

They may change their names, pronouns or style of dress. Transgender people with the help of a medical specialist, may also choose to transition medically. The specialist will prescribe hormones and/or surgery to help accomplish this. Transitioning is strictly about transitioning your gender not your sexual orientation or preference.

Sometimes called the “silent killer” because symptoms are vague, ovarian cancer is a serious healthcare threat to trans-men. Trans-men are less likely than heterosexual women or lesbian to get regular medical/gynecologic care than. Testosterone may increase the risk of ovarian cancer in trans-men. Excess testosterone can be converted into estrogen, which may contribute to an elevated risk for ovarian cancer. Take care of your body. It is the only one you have.

Ovarian cancer is the seventh most common cancer and the fifth leading cause of cancer death among people with ovaries in the United States.

“Eden's Garden” will explore all these issues and allow viewers to witness the ignorance, discrimination, love, support, relationships and betrayals; all through the eyes of transgender men.

Life has many ups and down. The uniqueness about life, is that you have the choice to be the artist of your own story. "Eden’s Garden" represent the story of millions of transgender, especially trans-men across the globe.

Created and Directed by,

Seven King is a transgender man (born April 26, 1988) in the borough of Bronx in New York City. King is an American director, writer, screenwriter, playwright, producer, advocate and film maker specializing in the drama genre. King has more than a decade of experience and has written and produced numerous screen plays.

This series will hit the industry, world, culture and television. The expected release date is mid-2015.

Email: edensgardenwebseries@gmail.com inquiries
Please support the web series on Gofundme: http://www.gofundme.com/edensgarden
Brought To You By Andresflava