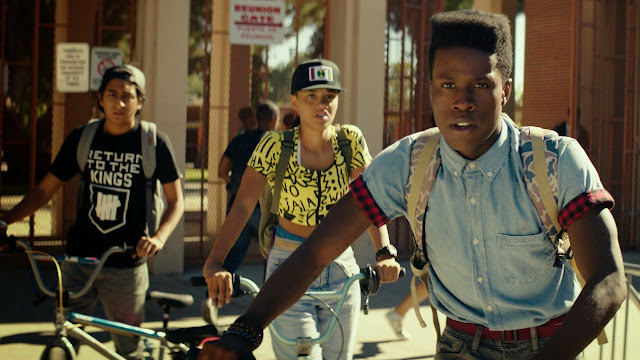 in DOPE, Malcolm (Shameik Moore) is carefully surviving life in a tough neighborhood in Los Angeles while juggling college applications, academic interviews, and the SAT. A chance invitation to an underground party leads him into an adventure that could allow him to go from being a geek, to being dope, to ultimately being himself.

The ABFF film program is primarily composed of world premieres of narrative, documentary and short films. As such, it is the leading film festival in the world for African American and urban content. Since its inception, the ABFF has showcased more than 600 films, rewarding and redefining artistic excellence in independent filmmaking. The festival takes places JUNE 11-14, 2015 in NYC www.abff.com
Brought To You By Andresflava