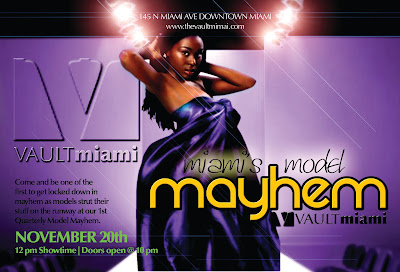 From the Desk of King in Miami
Follow me on Twitter for the Latest In South Florida Haps
------------------------------------------------------------
As Vault Miami approaches its one year anniversary, the Vault throws another curve ball at the LGBT community and will host the Miami Model Mayhem Fashion Show, November 20. Thus further solidifying itself as a powerhouse on the nightclub scene in Downtown Miami. Andres Flava will cover the event this Friday. Doors open at 10pm, Showtime at 12am. With an After party following the show. Pictures and Video to Come....Stay Tuned! 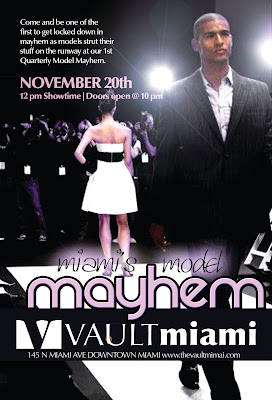 Brought To You By KingNmiami